As an American living in England, the recent nuptials of Prince Harry to Meghan Markle were a cultural point of interest for me for a variety of reasons. I remember being utterly enthralled as a little girl seeing television clips of Princess Diana on her wedding day. And now here is little red-headed Harry, marrying an American.

While Harry’s relationship with Meghan has come with more than a small amount of skepticism and drama from the press, it has certainly shown that the royal family is changing with the times.

But no matter what people think about Ms. Markle personally, or the monarchy in general, one thing is for certain—the royals know how to throw a wedding.

Of course, whenever there is such a large public event, opposition is sure to follow. Some people seem to be bothered by the fact that such a large amount of money should be spent on a wedding ceremony. Flowers, the dress, transportation, entertainment, catering, security, stationery, pageboy outfits, and even little silver party favors. Certainly cheap champagne wasn’t served! I imagine they had the best of everything.

Estimated guesses for the wedding cost come in around the £30 million mark. For reference, that’s twice the annual budget of some small countries like the Dominican Republic.

Fairy tales are getting expensive these days, it seems.

On the other hand, it is important to note that the wedding festivities were not funded by tax dollars. Kensington Palace paid for the wedding, reception, and related celebratory costs. Security was covered by local tax dollars—in the same way it would for any large sporting event or other gathering. This likely cost another £30 million but some portions could be subsidized by grants.

Politically, many people question whether the monarchy is even relevant today. On the other hand, the popularity of the royal family continues to endear much of the world to Britain with plenty of intangible benefits. Just like with most royal weddings, people all over the world crowded around their televisions and held tea parties in their homes in honor of the royal couple’s big day.

I walked into my little medieval English market town and found the wedding playing on a big screen in one of the churchyards. Shop windows were decorated for the event and excitement was certainly in the air! (Although, admittedly, some of the excitement may have been related to the soccer match scheduled for later in the day.)

While I was in the churchyard, I observed a gruff-looking man walking quickly by. He commented loudly to no one in particular about the ridiculous waste of money that the whole event was. (He’s likely not an avid supporter of the monarchy.)

So if we’re thinking more along the lines of tangible economic spending, how does it shake down? Well, many intelligent people with lots of experience have estimated that the wedding will boost the country’s economy by a favorable £500 million in tourism and merchandise.   I’m not a financial genius, but that seems like a decent return-on-investment.

Not only that, but Harry and Meghan’s hearts were shown to be in the right place when they asked guests to donate to charity in lieu of wedding gifts. Like older brother William and his wife, Kate, the newest royal couple chose several charitable organizations close to their hearts.

While William and Kate’s wedding raised more than £1 million for 26 charities, Harry and Meghan chose to limit their charity choices to just seven. Many of these are small, local non-profit organizations that will find themselves able to provide much more for their recipients with the influx of donations from the wedding. Only one of them is overseas—the others are all in the UK.

Harry and Meghan’s favorite charities include:

Scotty’s Little Soldiers supports children who have lost a parent while serving in the British Armed Forces. http://scottyslittlesoldiers.co.uk/

Crisis is a national charity for homeless people in the UK. https://www.crisis.org.uk/

StreetGames uses sports and athletics to change the lives of young people. https://www.streetgames.org/

The Wilderness Foundation UK promotes the enjoyment and benefits of nature. https://wildernessfoundation.org.uk

In addition to these gifts, the country of Wales (Harry’s dad’s official place of Prince-dom) donated a gift of £1,500 to go toward training approximately 30 midwives in Sub-Saharan Africa through Life for African Mothers.   http://lifeforafricanmothers.org

So whether you think spending millions of pounds on a wedding is a good idea, or if you aren’t sure that Harry and Meghan’s marriage will last, at least some good seems to be coming out of it. Even if you weren’t one of the 600 people on the guest list, maybe you’ll be inspired to donate to one of these or a charity of your choosing anyway, just in the spirit of celebration. 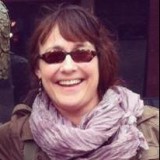 2 replies on “Charities Benefit from the Royal Wedding”

Has anyone ever been to E-Six Vapors Vape Store located in 1900 Pennsylvania Ave?

Hey! Do you use Twitter? I’d like to follow you
if that would be ok. I’m absolutely enjoying your blog
and look forward to new updates.