Can you remember a time when someone saw potential in you and called it out? A time that someone encouraged you, believed in you, and cast a vision for your future? These moments have the power to alter the entire direction of our lives.

In my upcoming book, God and: Spiritual Themes From the Life of Alexander Hamilton & the Broadway Musical He Inspired, I highlight different themes found in Hamilton that engage and challenge audiences in their own spiritual journey.

The first chapter from my book talks about the grace given to Alexander Hamilton when some local businessmen in the Caribbean read an essay he wrote, recognized the intellectual potential within Hamilton, and raised money to send him to America to get his education.

The resources given to Alexander represent a gift of grace that he could never have earned for himself. Everything that Hamilton would become in America was built on the foundation of this grace.

Recently, I recognized that an entirely different grace existed in this moment as well, in addition to the monetary gift. These businessmen offered a grace to Hamilton by encouraging him – by seeing the potential and calling that potential out of him.

I like to imagine the conversation between these businessmen and Alexander, and how deeply their words impacted him. Living as an impoverished orphan boy, with no one caring about him or his future, these words were quite possibly the most meaningful words ever spoken to him.

“Son, we read your essay. We see great potential in you.”

“Alexander, you have a rare intellectual gift. We want to help you develop that gift.”

“We expect great things from you Alexander. You are going to America. Never underestimate what you can accomplish there.”

I like to think that these words shaped Hamilton’s entire future. Certainly, the money given opened up a new world of possibility for Hamilton. But what if the words were spoken to him we just as important as the money donated? What if their belief in his potential inspired Hamilton’s belief in himself, and propelled him into his role in shaping our country?

The Book of Ephesians says that we should use our words “for building people up and meeting the need of the moment.” Never underestimate the power of your words. When you call potential out in someone else, your words contain the power to change the entire direction of someone’s life. Just like they did for Alexander Hamilton. 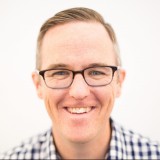 Kevin Cloud is the author of God and Hamilton: Spiritual Themes From The Life Of Alexander Hamilton & The Broadway Musical He Inspired. He is a pastor and church planter, with four successful church plants in the Kansas City area over the past 15 years. Kevin currently serves as lead pastor of Midwest Fellowship in Overland Park, Kansas. Kevin holds a BA in Music Theory and a Masters of Divinity degree. He enjoys writing about faith, creativity, and the arts. He and his wife, Allison, live in Kansas City with their four boys, Samuel, Benjamin, Andrew, and Levi.

3 replies on “Hamilton and the Life Altering Power of Encouragement”

I am genuinely grateful to the owner of this
web page who has shared this great piece of writing
at here.

Hi, I would like to subscribe for this web site to obtain most recent updates,
therefore where can i do it please help out.

I read this article fully about the resemblance of newest and earlier technologies, it’s awesome article.
adreamoftrains best hosting