The idea that a common Judeo-Christian ethics or Judeo-Christian values underpin American politics, law and morals has been part of the “American civil religion” since the 1940s. Young people who have grown up with freedom and convenience tend to take it for granted even to be lured by tyrannical “utopian” doctrines because they don’t know what it’s like to be without God, and without freedom.

Churchgoing parents want to pass on their faith to their kids and to see their children make that faith their own, but they don’t always know how best to make that happen.

What Can We Do About It?

God’s word gives us the answer. ‘And these words, which I command thee this day, shall be in thine heart: and thou shalt teach them diligently unto thy children, and shalt talk of them when thou sittest in thine house, and when thou walkest by the way, and when thou liest down, and when thou risest up.’ – Deuteronomy 6:6,7 KJV

“The most common factor in the experience of the children who still hold onto faith was having read the Bible regularly as a child. Also praying, serving, and listening to mostly Christian music.” – Scott McConnell, LifeWay executive director

Step 1. An Ounce of Prevention

Sadly, many have fallen prey to substance abuse. But there is something we all can do. It’s as simple as eating family meals together.

Families who eat together, stay together.

Family meals were a solid tradition since biblical times until recent decades, with the advent of drug trafficking, television, electronic devices, and atheism in the schools.  Eating meals together has the potential to strengthen family bonds as it provides a daily time for the whole family to be together and is associated with healthy dietary food patterns.  And secular sources verify it because according to the Center on Addictions and Substance Abuse (CASA), children who eat family meals together abuse drugs less, eat healthier meals and also perform better in school.

A 2000 survey also found that the nine to 14-year-olds who ate dinner with their families  most frequently consumed more fruits and vegetables and less soda and fried foods. Furthermore, studies have proven that there’s a significant link between family dinners and academic performance.

What did our founding fathers know that we have forgotten?

“The most effective way to destroy people is to deny and obliterate their own understanding of their history.” – George Orwell

July 9, 1755, was a crucial day in USA history. Our fragile nation hung in the balance. It was during the French and Indian War that a 23-year-old colonel was fighting alongside the British commanding 100 men from Virginia. This man was a strong believer and follower of Christ.

David Barton America’s Godly Heritage clearly sets forth the beliefs of many famous Founding Fathers concerning the proper role of Christian principles in education, government, and the public affairs of the nation.

Book 1—Escape to Faith and Freedom, (Coming in March!)  is about a battle for the very souls of the people he loves. Benjamin Benamoz flees for his life from the tyranny of the Iron Curtain. He finds freedom and faith in Christ, but even in America, vicious enemies seek to wipe out his people and their cherished way of life. As Western Civilization hangs in balance, Ben must restore the ancient birthright to its sacred place. Can he fulfill his epic quest before it’s too late? 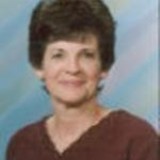 By C A Davidson

C.A. Davidson is an award-winning author in childrenâ€™s education literature. She has a web presence of more than 15 years, promoting family meals and Judeo-Christian values. Coming in March is her new novel, Escape to Faith and Freedom, volume 1 in the Birthright Covenant trilogy. When the Supreme Court rendered a life-changing decision banning God and the Bible from schools, Davidson watched rising generations lose connection with their Judeo-Christian heritage. This novel is an epic story to lead readers and their families back to our cherished culture of liberty through literary fiction, character education, and critical thinking.